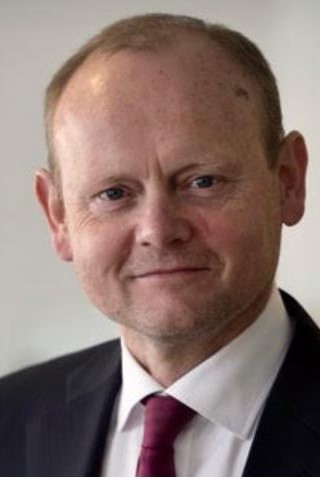 Gunnar´s span of unique experience and expertise comes from 30+ years in senior roles and assignments serving at the highest executive level of the Swedish Government, being at the helm of a major commercial defense contractor, heading up naval forces in the field and teaching military strategy.

Gunnar is a senior resource at Senior Advisers and owner of Navegante AB providing strategic advice in Government matters in interactions with the private and public sector and especially in the context of international relations.

During his naval officer career in the submarine branch he mixed sea-going assignments with staff duties and teaching military strategy. Having commanded three submarines and a submarine squadron he became Commander of the Swedish Submarine Force and later the military adviser to the Minister of Defense.

When serving as State Secretary for Foreign Trade, at the Swedish Ministry for Foreign Affairs, the following agencies reported directly to Gunnar:

In 2008, when the global major economic crisis set in and all financial institutions closed their credit lines, Gunnar managed, by working through the reporting agencies, to build-up Svensk Export Kredit (SEK) within a time span of 8 weeks, to become the second largest Swedish bank, securing continuity in export credit facilities to the Swedish industry.

Heading up the Swedish PM's office, in the role of State Secretary and a member of the cabinet, from 2010 until late 2014, direct reports to Gunnar on a weekly basis included:

In 2015 Gunnar became the President of Saab Kockums, the naval business arm of the defense contractor Saab, with the aim to re-establish and transform Swedish naval shipbuilding capacity. In that role he successfully brought in the latest technology, methods, tools and machinery resulting in much improved product quality, life cycle cost and availability. Saab Kockums shipyard in the city of Karlskrona is presently a truly state-of-the-art facility.

Key elements managed and driven by Gunnar during the Saab Kockums tenure:

In 2020 Gunnar started up his own company, Navegante AB. Main objective is to give strategic advice on matters concerning Government, public and private activities and their interactions in an international context.